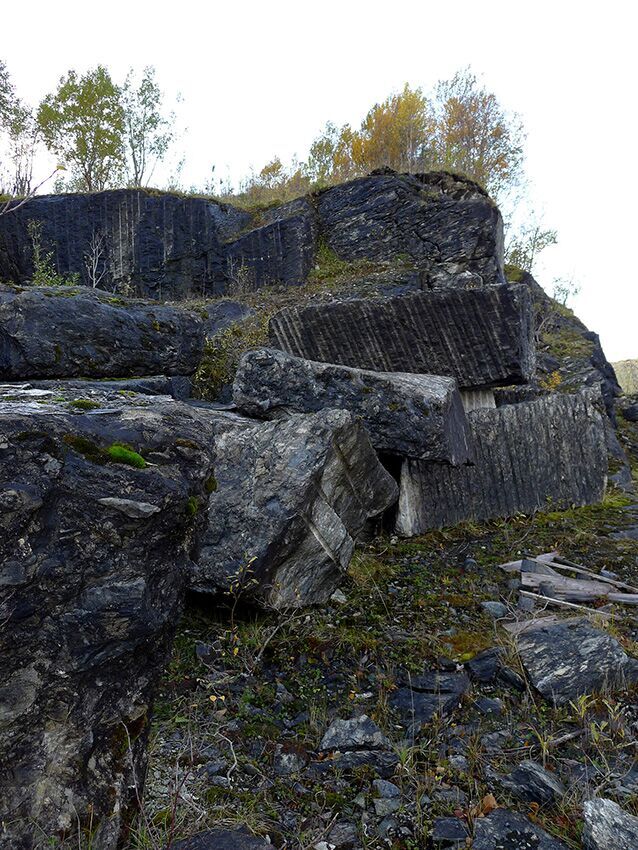 In the Sandvika area, several rock units are stacked on top of each other, inclined gently towards the east. The lowermost rock unit is a gabbro derived from an ophiolite complex. The gabbro is well exposed along the fjord south of Sandvika. The gabbro is overlain by a succession of conglomerates and sandstones, deposited on top of the gabbro during the Early Ordovician. The contact is exposed along the road to the west of Sandvika.

Another unit of gabbro, also covered by conglomerates and sandstones has been thrust on top of the sandstones. This tectonically repeated nappe stack has been cut be the 444 million-year-old Heilhornet granite, showing that the thrust repetition of the rock units occurred before the main phase of the Caledonian orogeny.

The marble conglomerate at Sandvika has been strongly deformed, and the originally rounded pebbles in the conglomerate have been flattened to thin discs. The rocks contain some serpentine and other calc-silicate minerals in addition to calcite, and the combination of colour and structure made it attractive as ornamental stone. The old quarry faces and many squared blocks can still be seen in the quarry area. Quarrying took place over a few decades until it stopped in the early 1990s. Polished tiles of the marble conglomerate can still be seen at the Oslo Central Train Station.

This site is easily reached from the road, and could be used for tourism.